The history of YNCORIS began with the construction of a calcium cyanamide factory of the German carbide stock corporation (which later became Hoechst AG), which first started operations in Knapsack in 1907. Today, we are one of the leading industrial service providers in Germany with locations throughout the Rhine-Ruhr region.

The history of YNCORIS began with the construction of a calcium cyanamide factory of the German carbide stock corporation (which later became Hoechst AG), which first started operations in Knapsack in 1907. Today, we are one of the leading industrial service providers in Germany with locations throughout the Rhine-Ruhr region. 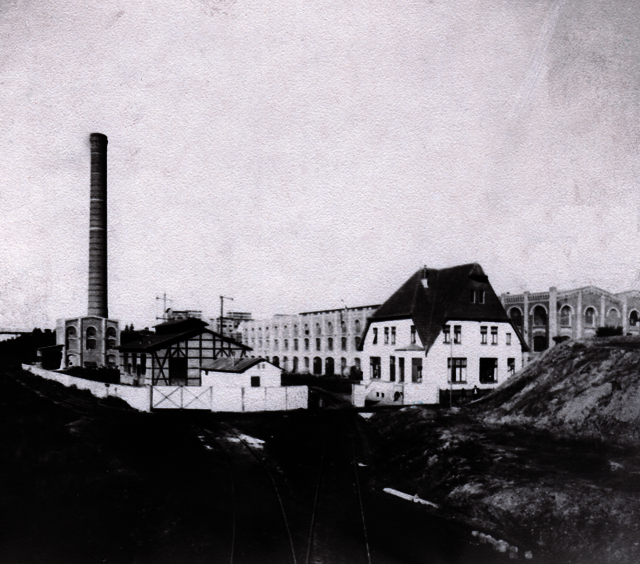 Departure into an uncertain future

After the Hoechst Group had grown over decades into an international chemical giant, its dissolution was initiated in the early 1990s: After being transformed into a holding company, Hoechst AG merged with Rhône-Poulenc to form Aventis S. A., based in Strasbourg. The Hoechst plant in Hürth-Knapsack became the Chemical Park Knapsack. The remaining units of the Hoechst Group became independent companies. One of them: InfraServ Knapsack, the former service unit of Hoechst. In 1998, InfraServ GmbH & Co. Knapsack KG officially began its activities and, from then on, wrote its own history.

2000: The conversion is completed

At the end of the 20th century, the conversion of the site into the open chemical park Knapsack is largely completed. The operating company is InfraServ GmbH & Co. Knapsack KG, with 900 employees.

2001: The first in-house fair in the ‘Feierabendhaus’

Before implementing new corporate structures, it was first necessary to establish an understanding of service among the workforce. However, after the start-up and finding phase, the question arose: How and where can the industrial service provider profitably grow? After all, the development opportunities at their own location were limited. With all the energy of a young company and the know-how of a former chemical giant, InfraServ Knapsack soon offered its services beyond the borders of the chemical park – with great success. The former Hoechst AG group segment became an industrial partner operating nationwide.

2006: The construction of the substitute fuel power plant is decided

Over the course of time, it became apparent that many customers appreciate the local proximity to their service provider. YNCORIS has therefore continuously built up new locations of its own in the vicinity of its most important customers and, in addition to its headquarters in Hürth, is represented by five other locations in the Rhineland and Ruhr area. Together with YNCORIS' range of services and many years of experience in the chemical industry, the various agencies are an important factor for success in competition. The largest site with its own workshop and around 50 employees from different areas is located in Leverkusen. In addition, there are repair centres in Cologne North, Duisburg and Dormagen as well as offices in Uerdingen and Düren.

2012: Official opening of the Leverkusen site

2015: Opening of a new workshop in Dormagen

2017: Takeover of the logistics at the Düren site

In 2019, it is time to take the company's development into account with a new name: The name YNCORIS not only eliminates the danger of confusion with other companies using the term "InfraServ", but also dissolves the current local ties and creates a higher memorability on the market through individuality. With this name change, we want to set the course for a successful future and continue writing our history.

2004: For the first time, a Christmas party for all employees takes place in the “Feierabendhaus” Knapsack.
2006: Together with Sotec, the construction of a substitute fuel power plant is decided.
2008: InfraServ Knapsack takes over school sponsorships for the Elisabeth-von-Thüringen Realschule in Brühl and the Friedrich-Ebert-Realschule in Hürth.
2009: The new EMSR workshop is inaugurated at the end of October.